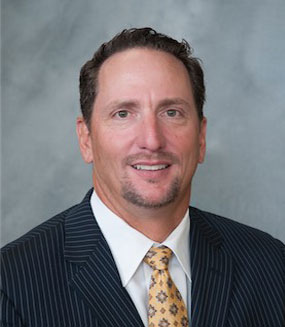 Mr. Goffar is an Orange County Employment lawyer specialized in representing Orange County California employees for more than fifteen years. His practice consists of prosecuting claims on behalf of private and public sector employees, providing pre-termination advice and counsel to employees in crisis regarding a wide variety of employment related issues and litigating employment cases to jury verdict. Mr. Goffar also extensively utilizes mediation as a tool to resolve cases without the often unnecessary expense and emotional burden of going to Court.

Mr. Goffar is an experienced trial attorney, having tried to verdict cases involving wrongful termination/fraud, sexual harassment, numerous wage and hour claims, personal injury matters and even won a case – after a three week jury trial- for Breach of Implied Contract despite the employee having signed several “at will” agreements. Mr. Goffar has appeared before the California Court of Appeal, 4th District, and successfully argued his case resulting in a published decision: Stillwell v. The Salvation Army (2008) 167 Cal.App.4th 360.

Mr. Goffar also represents numerous employers in Orange County, California in the defense of all facets of employment related matters. He applies his practical experience to counsel California employers in preventative maintenance regarding their employment policies and handbooks, provides pre-termination advice on employee related disputes, and when necessary provides litigation defense through trial.

While Mr. Goffar almost exclusively represents employees, he believes that it is an extreme benefit to his clients that he represents both employees and employers because it gives him particular insight into “what the other side is thinking.” This mindset and experience has been a hallmark of his success.

Mr. Goffar is licensed to practice before all State, Federal and Appellate Courts in the State of California. Mr. Goffar is an active member of the San Diego Bar Association.