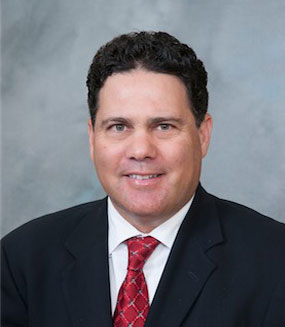 Since gaining admittance to the California Bar in 1993, Marc’s law practice has been dedicated to representing employees in legal disputes against their employers. During his 22 year legal career, Marc has successfully represented thousands of California employees in employment-related disputes on an individual and class basis. Marc has mediated, arbitrated or litigated hundreds of employment cases to successful conclusions.

As an employment law attorney, Marc has prevailed in arbitrations, bench trials, jury trials and appeals. Recently, in June 2015, Marc won an appeal of a class action case involving more than 300 California local-hourly truck drivers. Marc filed this case in the Superior Court of Alameda County in 2007. Over the last eight years, Marc has persevered for this class of employees who allege they were systematically denied meal periods and rest periods by their employer. Since the employer’s request to the California Supreme Court was denied, Marc expects to proceed to trial in this case in December 2015. Marc’s other experiences handling complex class action (wage & hour) cases have resulted in the certification multiple classes of employees and millions of dollars in recovery on behalf of those classes.

Throughout his legal career, Marc has successfully represented hundreds of individual employees in a wide range of employment matters including, wrongful termination, harassment, discrimination, retaliation, breach of contract, unpaid wages/commissions and other employment issues. Recently, in April 2015, Marc recovered $329,500.00 on behalf of an individual employee who alleged that he was improperly denied commission wages by his employer.

Since passing the California Bar Examination in 1993, Marc has gained admittance to all of California’s state courts and the Federal Southern and Central District Courts in California. From 1996 to present, Marc’s employment practice has included all major venues in California, including Orange County, Los Angeles and San Francisco.

In his career Marc has generously pro bono legal services to indigents and supported the Special Olympics and American Cancer Society. Originally from Teaneck, New Jersey, Marc attended the University of Maryland College Park (“UMCP”) and received a Bachelor’s Degree in Political Science from UMCP in 1987. Marc has lived in San Diego since 1993. Marc is married and has three children.